If you don’t register your team does not eat.

F6S Register here; Use SW Carlton May 10 ’19 as the location name

If you don’t register your team does not eat. 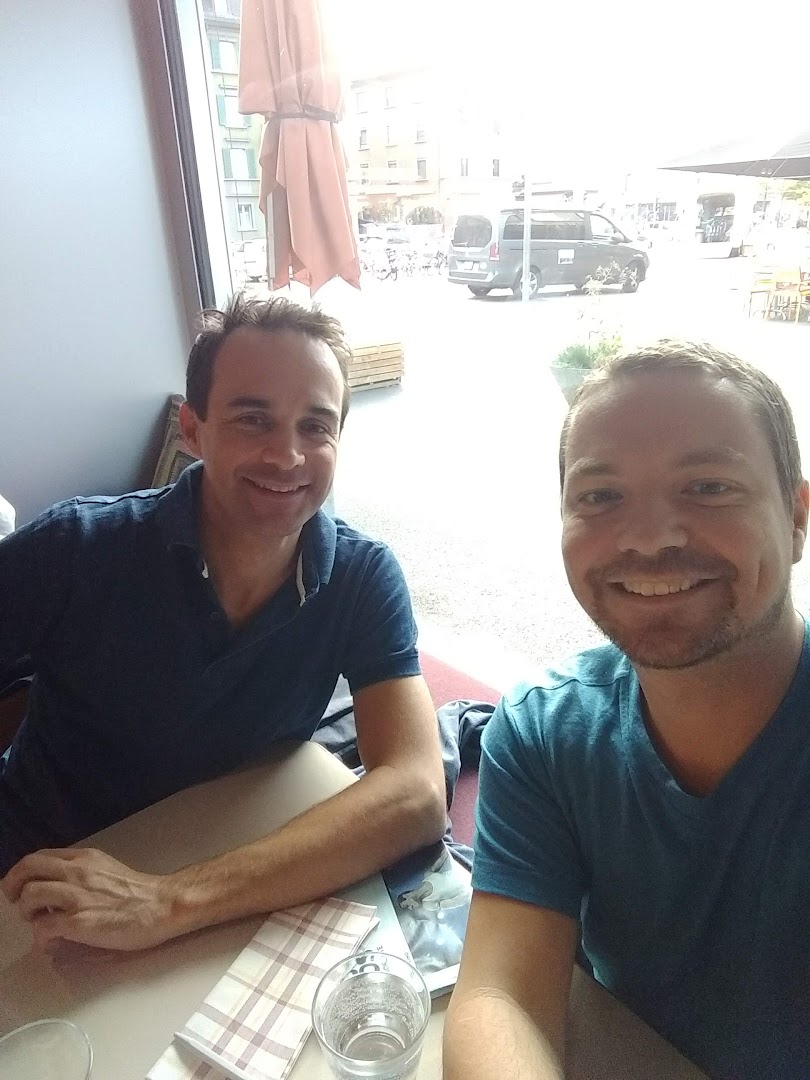 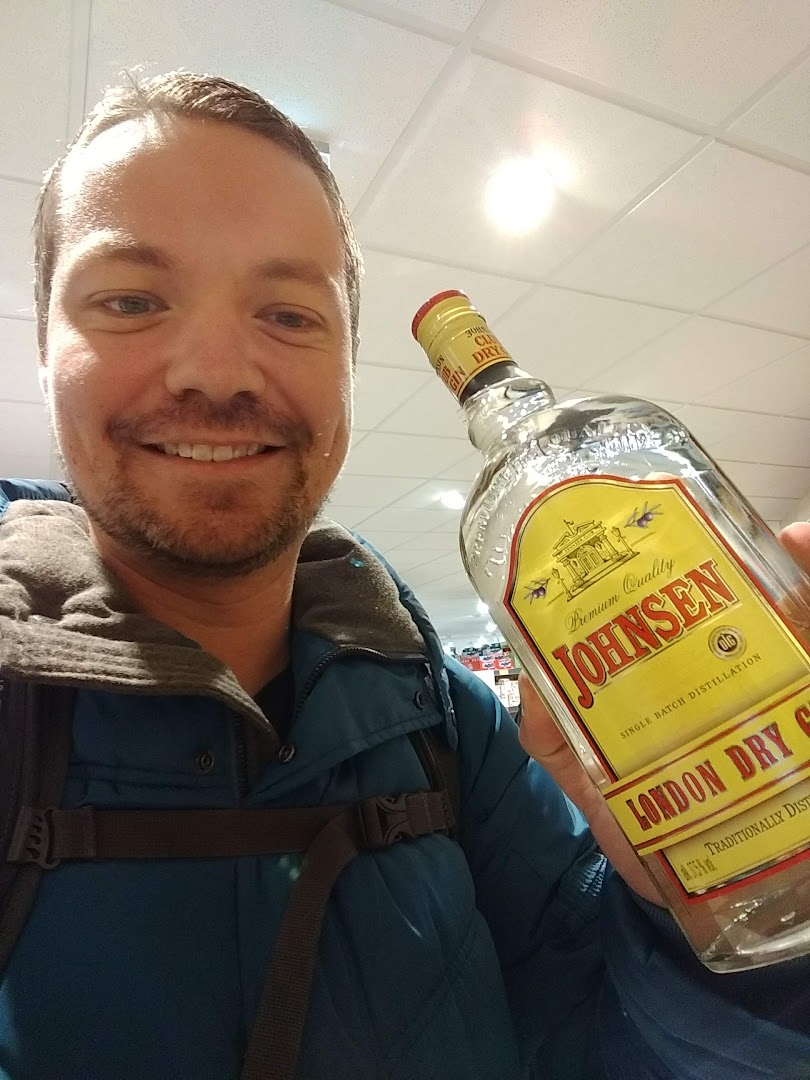 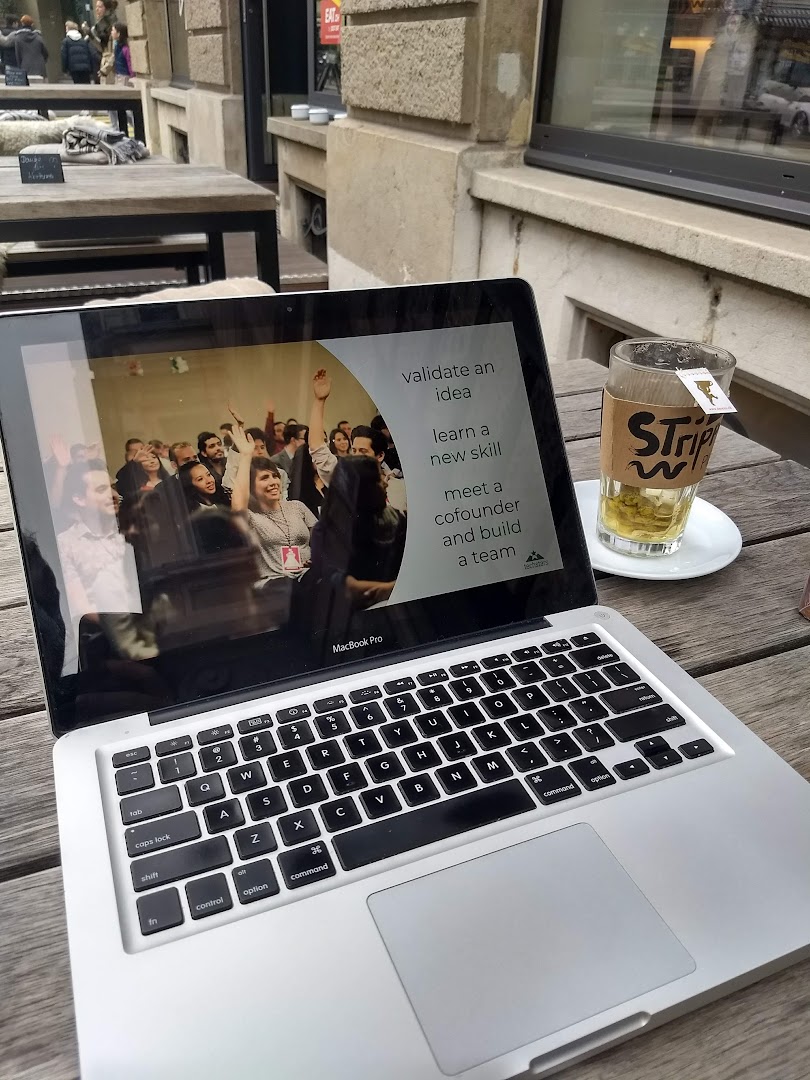 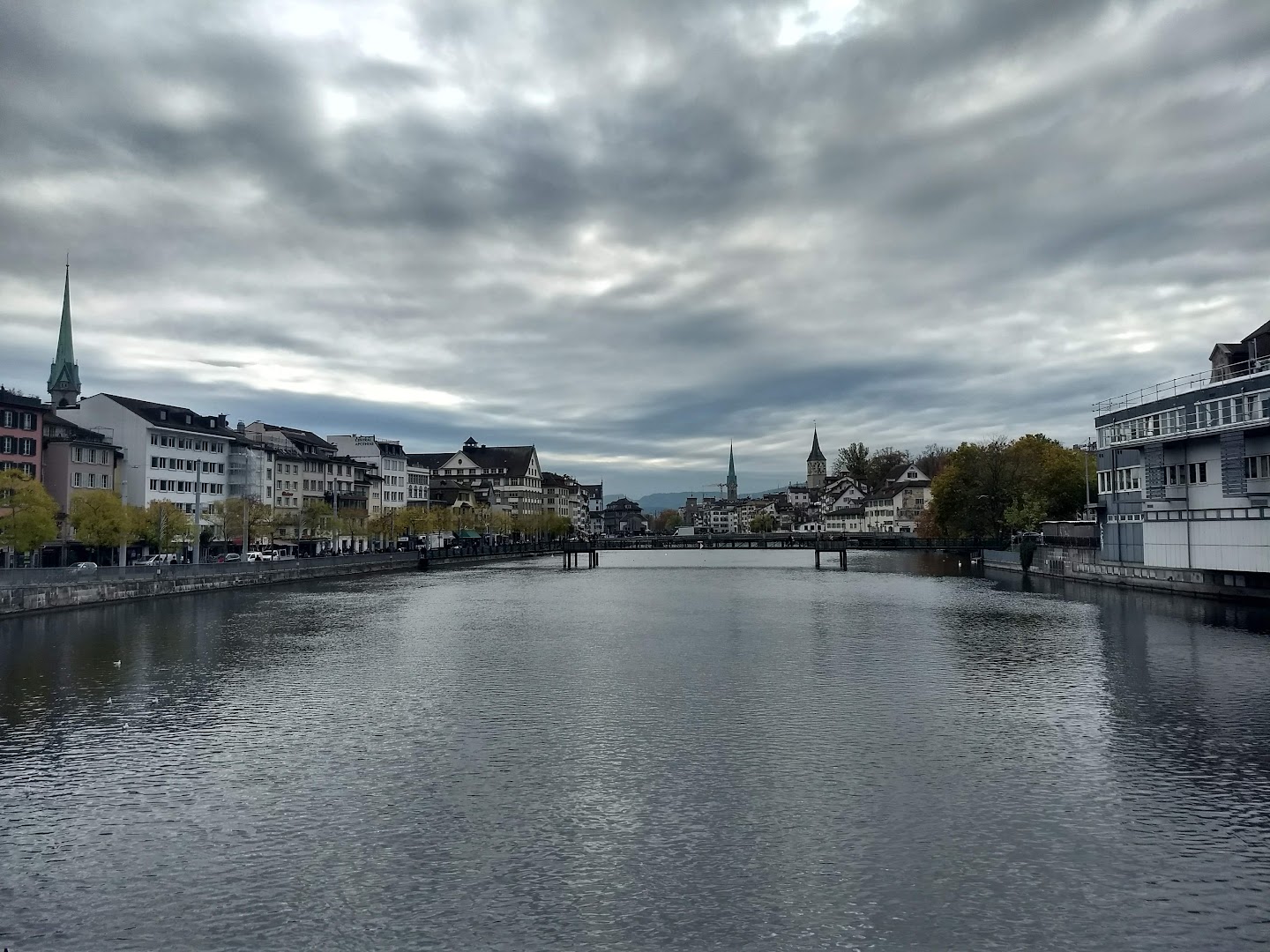 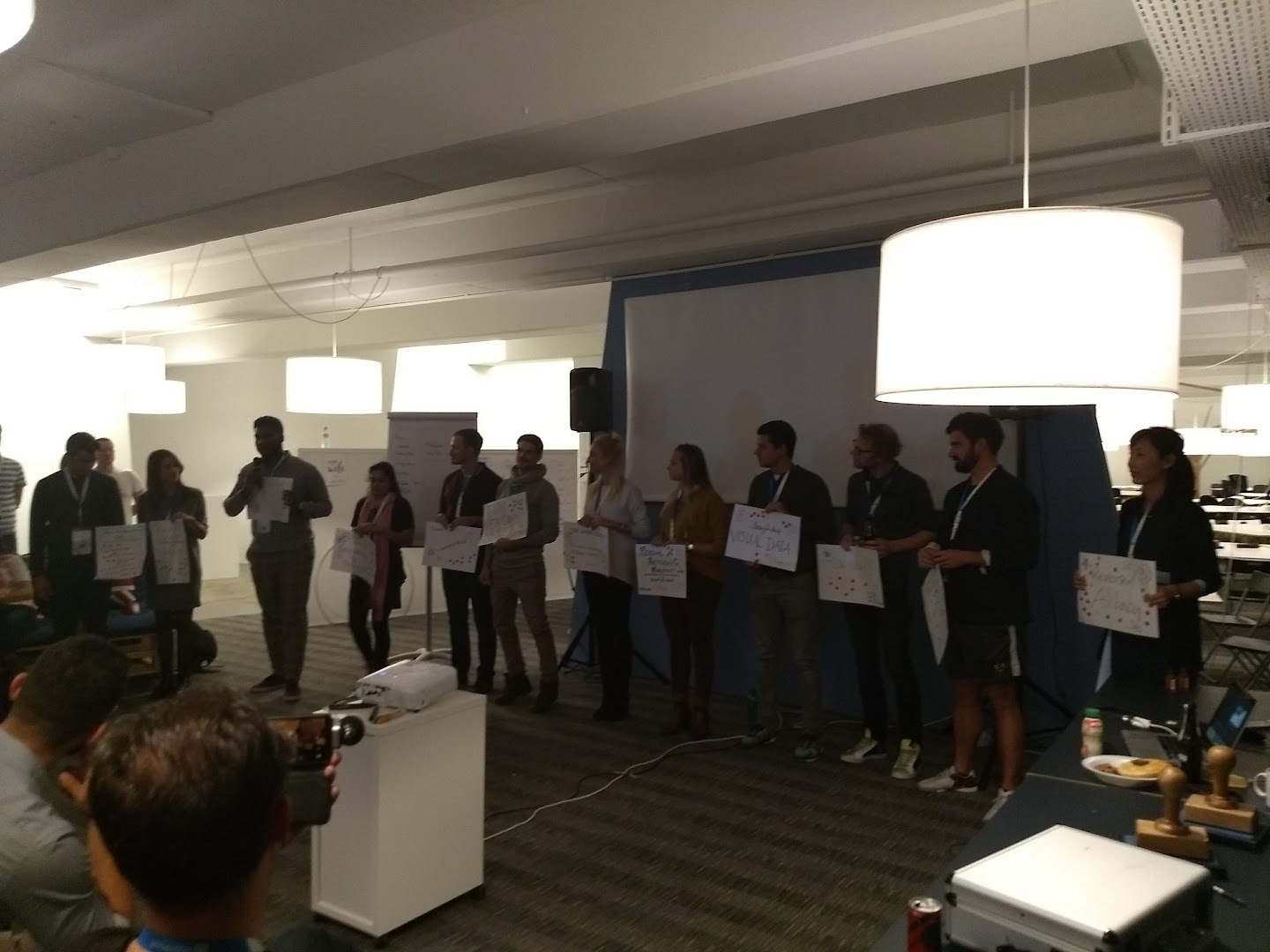 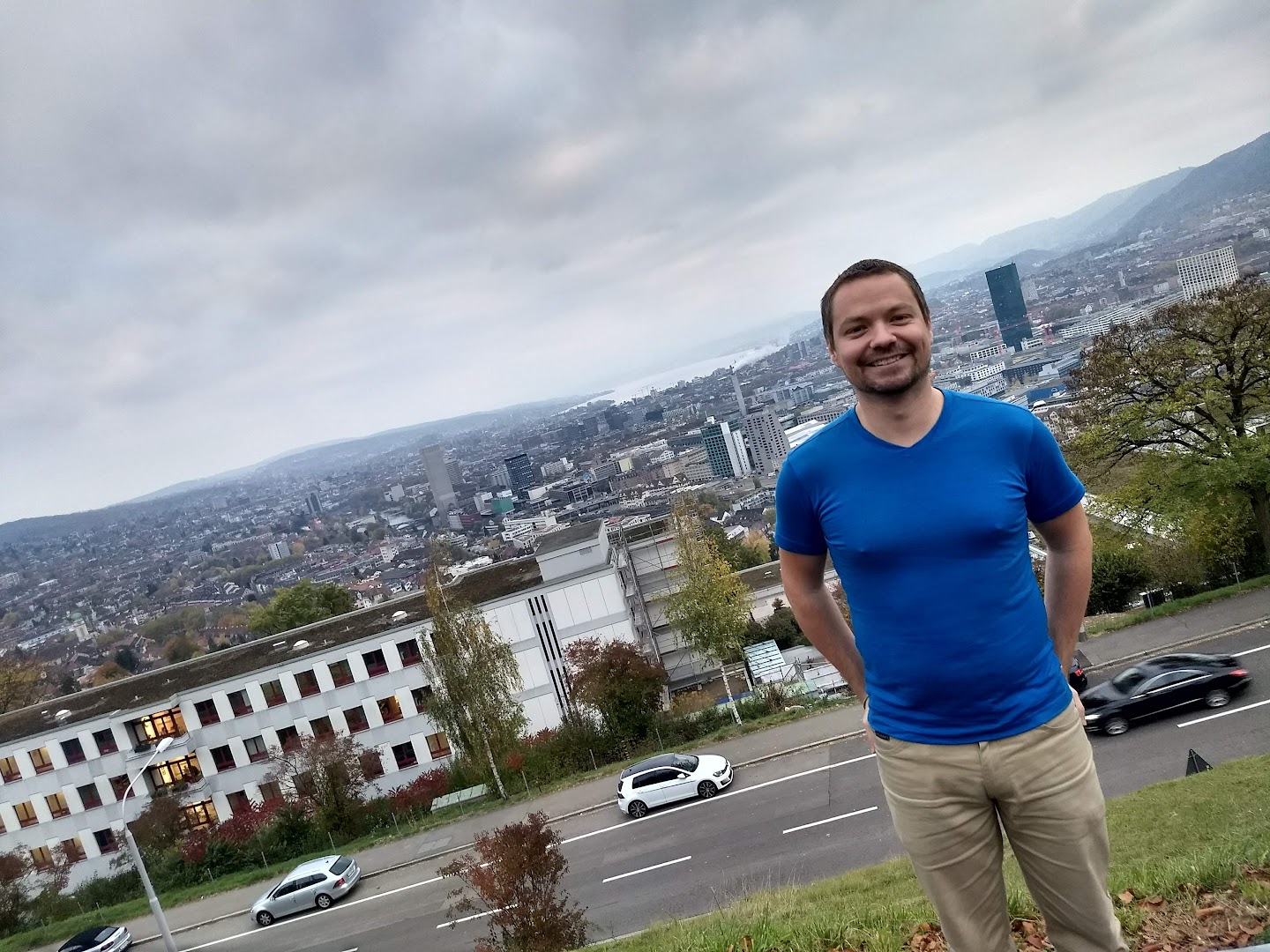 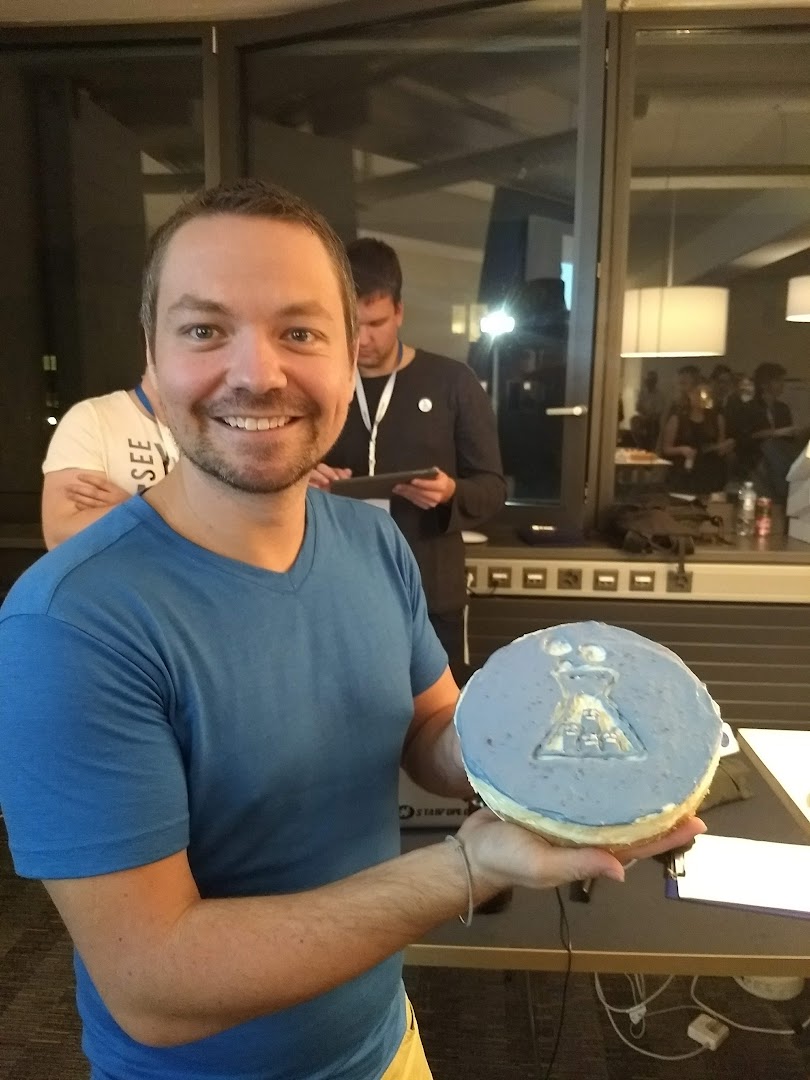 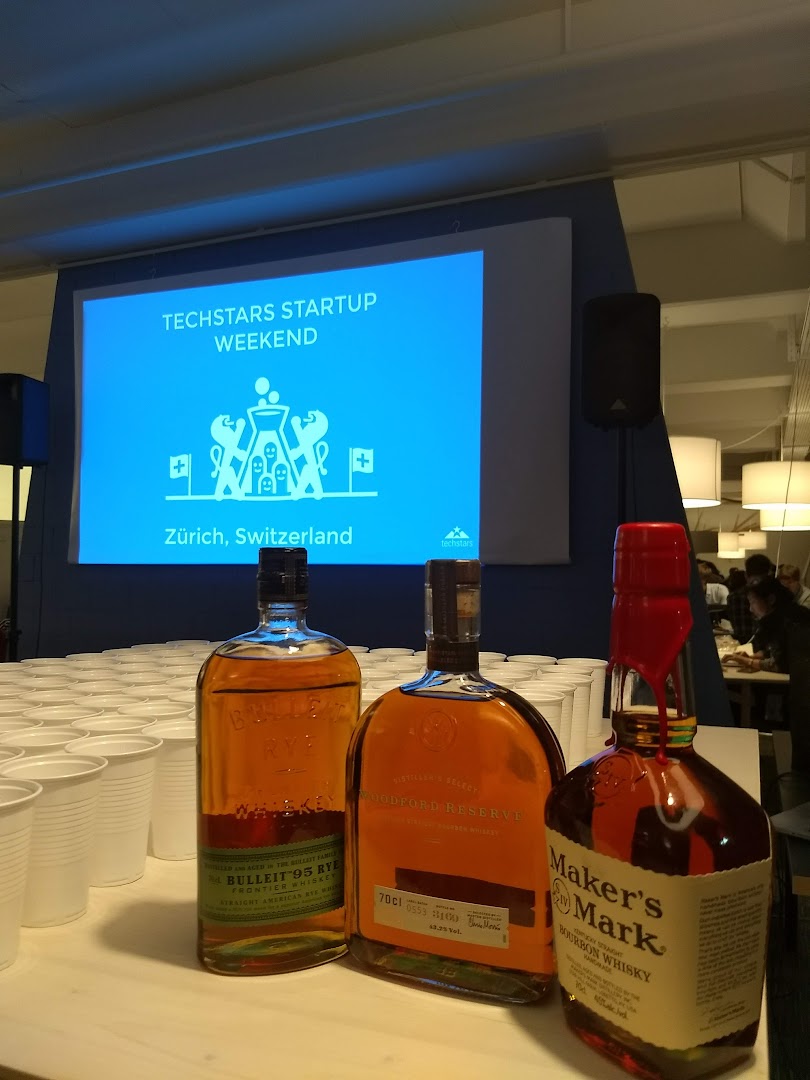 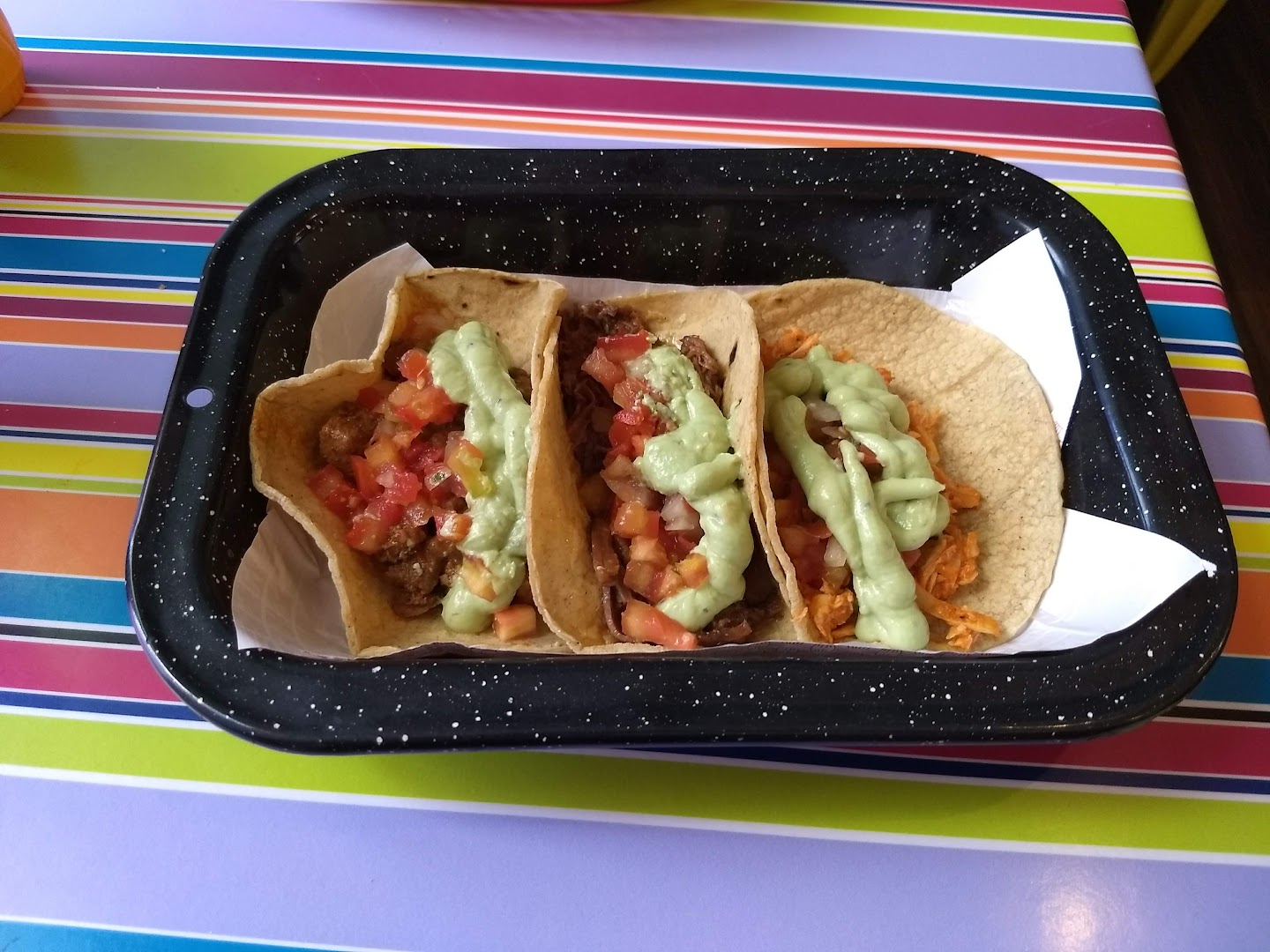 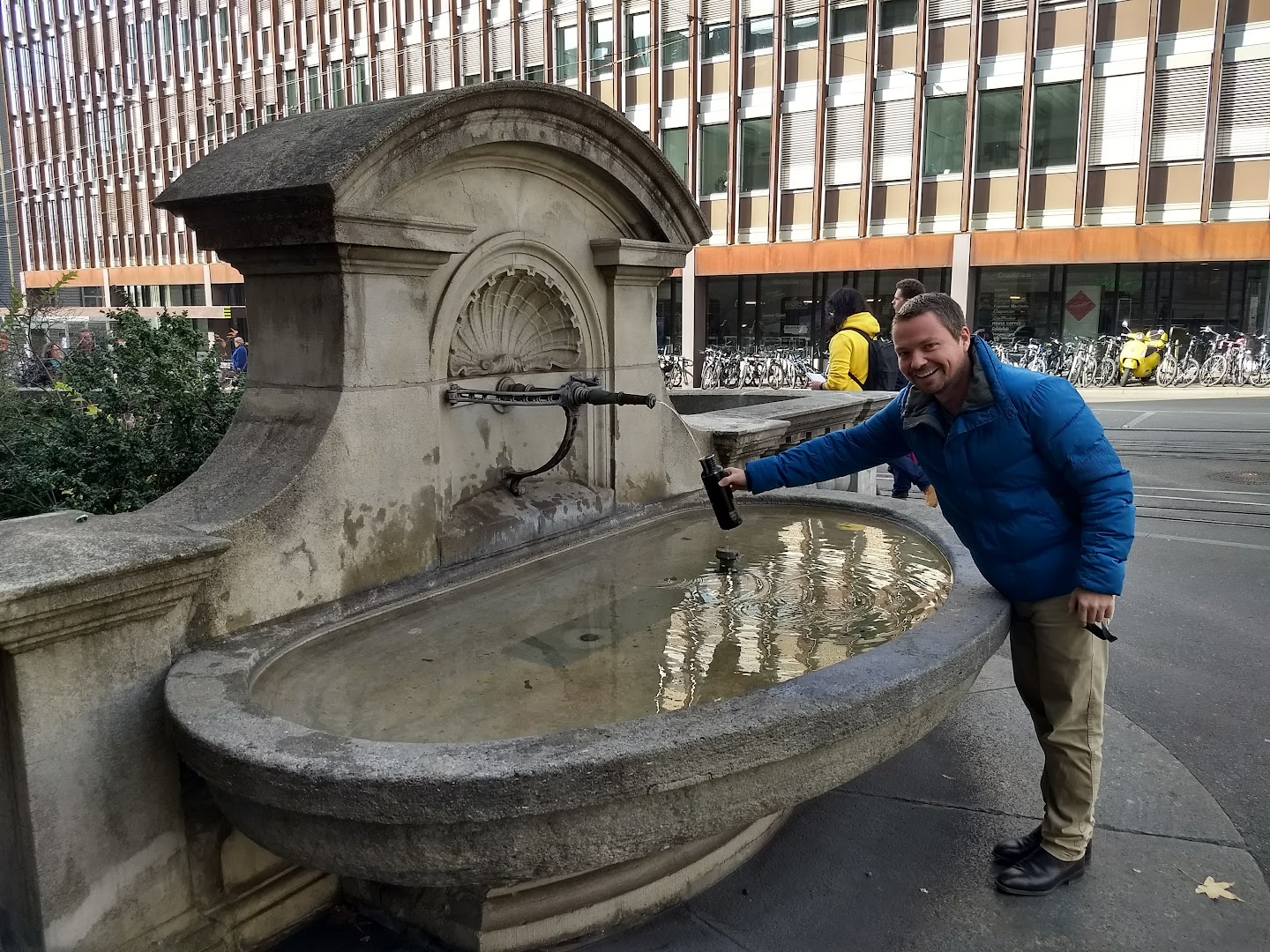 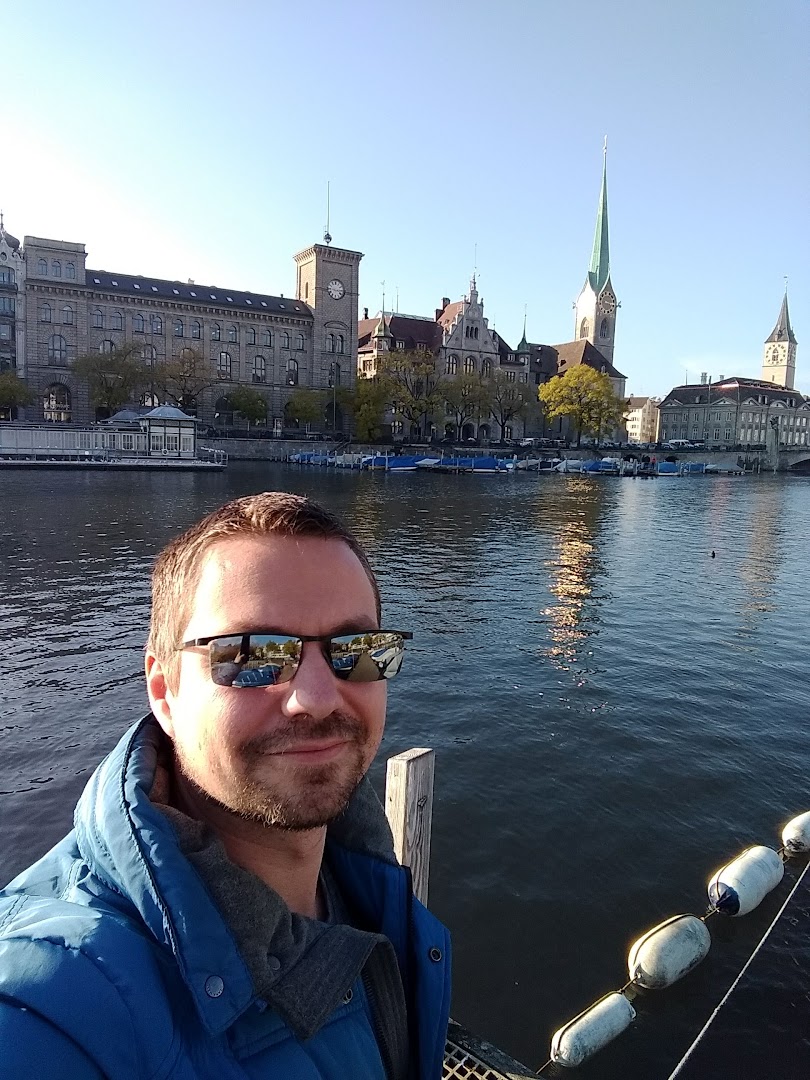 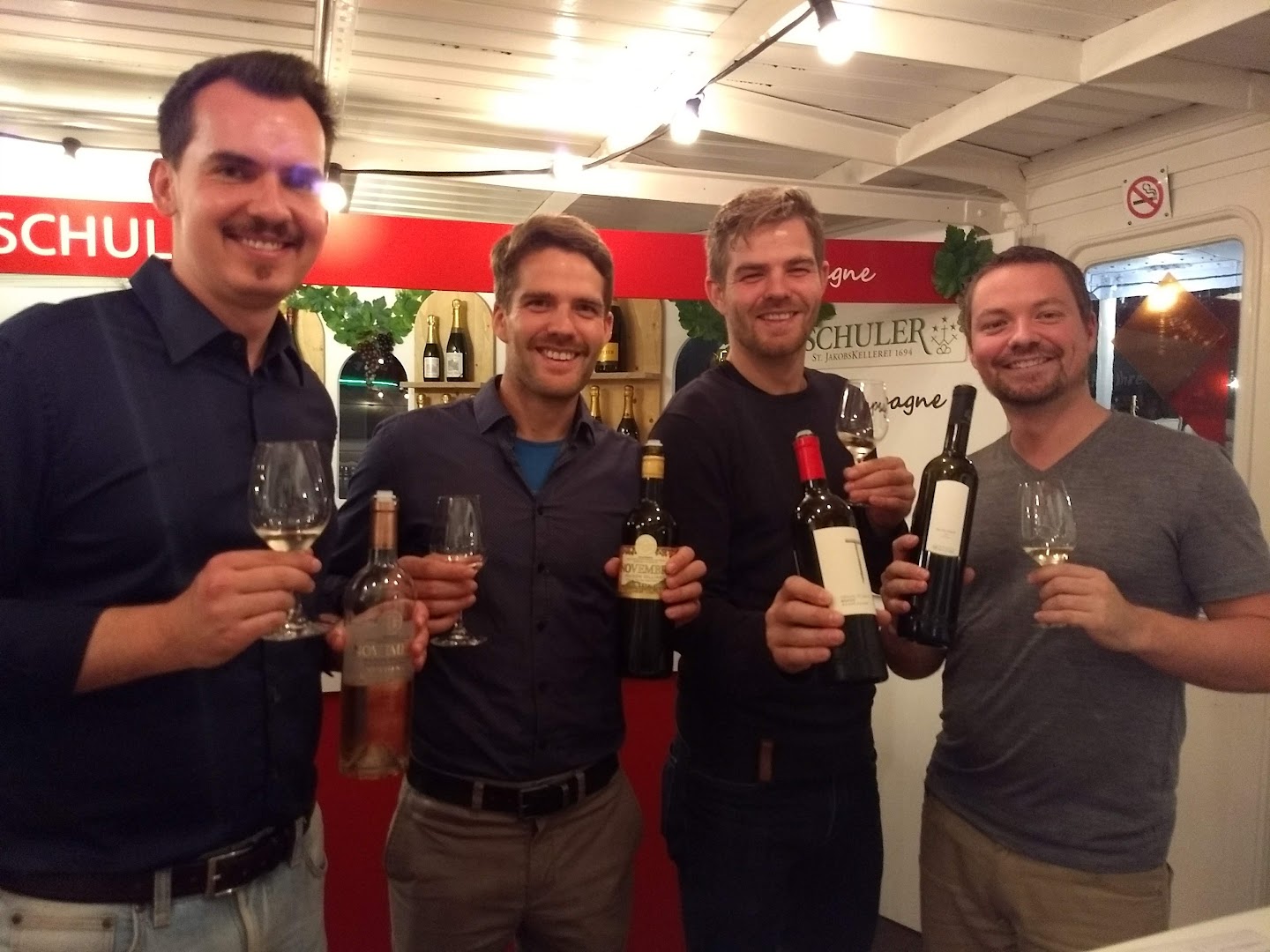 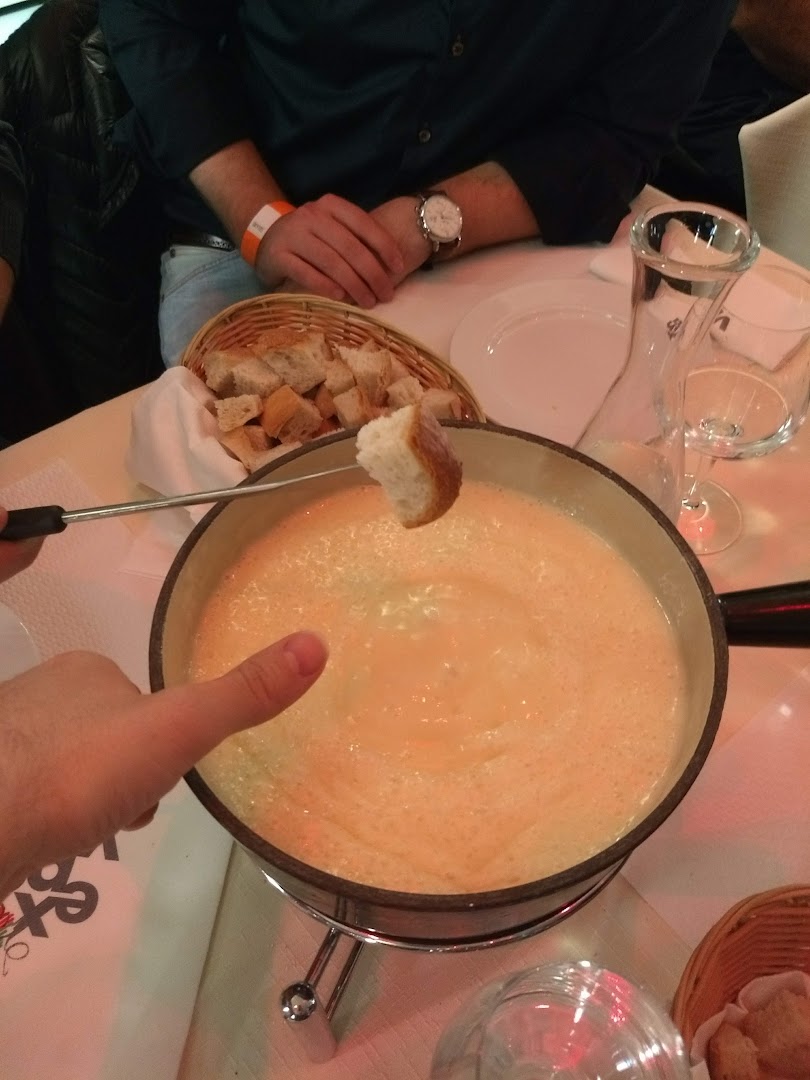 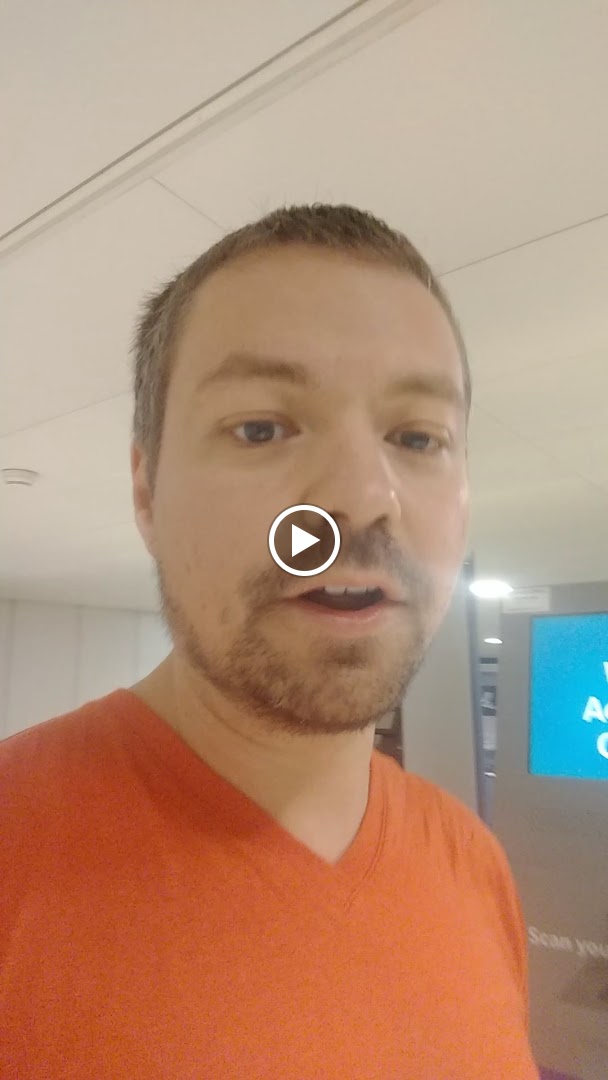 Zurich is great! I highly recommend adding it to your European visit list. You may not be able to afford too much of it due to the high costs of nearly everything, but it is a well thought out city with great people and amenities.

This is a hard one; Europe doesn’t really have a good taco scene and Zurich isn’t immune.

Zurich, like many other European cities doesn’t lack on bakeries or baked items available in grocery stores or kiosks that are about the town.  No cream cheese danish worth writing about.

THIS IS AMAZING! Zurich has public water fountains nearly everywhere. These aren’t the typical sterile industrial water fountain with a turn handle but rather art installation that continually flow water for you to drink directly from or to fill your water bottle. Water fountains are also listed as a searchable item in the Maps.Me app. My favorite app CityMapper hasn’t made it to Zurich yet.

Amazing public transit for the size of the community. Trains, trams and Ubers are clean and efficient. Transiting from the airport is simple. For about $9USD at the time of writing you can get a 24 hour daily pass from any of the kiosks around a transit stop to move about up to 2 zones in the region on any form of transport. Very convenient and effective. The Swiss have done a great job at digitizing the transit schedule and there are ample signs telling you the upcoming trains and trams; however the only item that was hard to get used to and confusing is that the common clock is analog but all the signs are digital — even on the digital screen. You don’t swipe any transit pass for on/off privileges but if stopped by a transit authority you must show proof of purchase.

Transit App: Of course you can use Google Maps (easily download the area for offline viewing) or Maps.Me for your data Download the app SBB Mobile for Switzerland based transit instructions. Pay attention to the Touch Timetable where you can put your top 13 destinations or frequently used stations and do a quick point A to point B drop and the app gives you transit information. This is really, really slick and appears to be powered by ubique (www.ubique.ch) and makes me wonder if there’s a way to use this touch timetable for a dating app.

Airport: The airport is modern, clean and easy to navigate. Signs are in German and English. Plenty of digital signs abound for updates on your flight schedule. Passengers on inbound international flights are quickly processed through normal customs and doesn’t take too much time and is not fear inducing from customs officers.  To use the wifi you have to scan a boarding pass at some of the information kiosks or have a local phone number for a confirmation code.  Why you can’t scan your boarding pass on their website is beyond me.

Purchases: nearly every shop or kiosk allows card payment, so it isn’t even necessary to have the local currency. Make sure to top up your prepaid international card or have your touch/paypass card ready.

Switzerland SIM & Wifi Data: This trip I didn’t purchase a local SIM because I have 2 more destinations after this and not all are covered under the plans and the cost is high, about $70USD for a 30 day plan. Wifi is available at all the train stations (Wireless name: SBB-FREE) and most chain stores, restaurants and cafes. Some may require you to subscribe with a Switzerland phone number so they can text you a confirmation code. This is a flaw in their system, for a pure data only use and no text messaging you’ll have an issue getting a code. However you can use the wifi login instructions and submit it and if your usual carrier allows international texts you’ll get the code. People like me that use Google Voice can’t get the confirmation code until later, but most of the time the code is good for 6 months and is attached to the number entered. If I had it to do over again I’d look into a year long SIM with text messages provided from somewhere cheap like Hong Kong for quick data of getting the text then turn the texting feature off.

Food: Food is expensive in Zurich but is high quality. A lunch set will cost $20-25/person. A cup of tea ranges from $5-8USD, depending on where you go and how big the glass or small tea pot provided. Drinking water is $3USD/person for unlimited still/tap water. Tip: keep filling your own water bottle at the public fountains. Fondue is a common item there and although good is very heavy. I estimate that a fondue set for a group of 4 people was about 2 pounds/1KG of cheese and served with small bread. That’s it — no fruit to dip, just bread. Locals will dunk their bread, swirl it around, scrape the bottom and eat it. Since it was my first time with fondue and how heavy the cheese is I had about 1/3 of the cheese on my small bread compared to others. The idea of sitting around a communal pot of cheese and eating is great for conversations and was delightful.

People: Zurich is an international city — there’s a difference from the locals to the international population. Language wise most people are at least bilingual and the spoken language by natives is Swiss-German a completely spoken version of German but isn’t written. Swiss-German sounds nicer to a nonspeaker where German speakers in Germany often sound (at least to me) angry in they speak and their diction.

Other: Incomes in Zurich are high, it would be great if you could earn a Zurich salary but live in Thailand or some other country that had a lower cost of living.

The time to submit presentations has passed.

Sunday AM: Slide deck for presentation Note: I didn’t save the presentation and this is one from the previous week; do not pay attention to those times.

Each team must register on this site. One person can register all team members. This is required by 6PM Saturday 10 November. Registration link.

Innovation In A Backpack

April 2017 I started a journey to Australia for a role in rural and regional Queensland as an Entrepreneur in Residence under the RAPAD umbrella.

Since then I’ve had the opportunity to continue travelling the world with some trips for fun others in the innovation and entrepreneurship.

Before you leave the USA or your home country be sure to:

Sunday AM: Slide deck for presentation

“Cash only!” yelled the BP station assistant manager in Winton, Queensland.  Turns out internet connections were down and the station couldn’t process any EFTPOS or credit card transactions.  They weren’t alone, one business in Longreach shared they lost $8,000 in revenue in one day due to the outage; the banks couldn’t automatically verify account balances and had to use landlines to verify account balances before giving cash; ATMs weren’t functional.

So what can a business do to help minimize a single fault such as the Telstra outage of July 2017?

There are heaps of ways to mitigate risk to your business, start with one simple item per week or month and progress from there.  Industry terms, books and workshops that cover these and provide guidance or consulting is: Business Continuity.